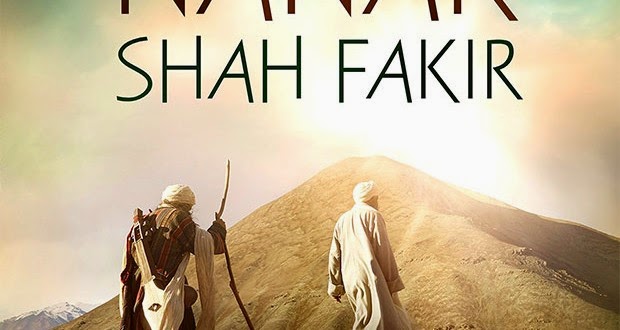 It feels good to see a movie based on a character whom we used to read while in school.However there were no valid proofs of various events of his life, apart from his writings.The person I am talking about here is Baba Nanak and movie is Nanak Shah Fakir, which is recently produced on the life and teachings of Baba Nanak.The task itself is a matter of courage and determination,making a film on the character for whom one is not allowed to portray it in human form.

Coming to the movie, I had a big expectations from this movie, because there is not much variety in Punjabi films as of now and this subject exactly stands out of the box till yesterday and moreover, I am big admirer(say fan) of Baba Nanak since my childhood.

First thing to be noticed is the thank you note to the Akal Takht.It is shown before the actual start of the movie and is written in both English and Punjabi.In Punjabi,there was a not a single word without mistake.All sihari/bihari were misplaced.That was a huge mistake I think and could have been noticed easily and  filtered without much efforts.

There are things which I definitely like about this movie is music which is very well produced with the help of mentor A.R.Rahman.The music while 'AARTI' was already buzzing in my mind since last few days.The 'Nanak Aaya' is my caller tune now.The songs are beautiful sung by Pt Jasraj.I have never heard classical singer with so enthusiasm earlier.

Coming to the other aspects of the movie, all the characters played well their part.Arif Zakaria did a great job playing as Bhai Mardana.One thing which left me amazing is how he transformed from childhood to young and old age.

The storyline of the movie was a bit distracting.I feel incompleteness when there were certain important events were left uncovered for example when Baba was on 3rd udasi, he was in Mecca and taught maulvi that keeping you feet in any direction while sleeping does not matter.Other being teaching the sadhus in Varanasi about how meaningless is offering water to sun.I do understand that such a huge and vast life story could not be completed in just 2 hours, but we could do make up for this by providing light on the events.

Next thing is about the lack of research.While since childhood I have revered Guru Nanak and What I had learnt from various books about him is that he used to live a simple life and was against any kind of karam-kaand and chamatkaar.One normal human being could not stop an almost 200kg heavy rock sliding from a sloping hill using a single hand,while this has been pictured in the movie.Which is beyond the teachings of Baba Nanak.one other instance was when he touch a person's face and it transforms instantly into a normal human face.earlier he had some disease marks all over his face and body and was pressured by society to live on outskirts.Another he was shown to do a chamatkaar by secreating blood from Malik Bhago's food and milk from Bhai Lalo's food.I don't say Baba Nanak may never have faced them.But he may have handled them another way. The person who preaches 'Kirat Karo, Wand chakko' cannot do against his own teachings.I am a bit disappointed with the Baba Nanak being depicted a doing chamatkaar.

The good thing is director has included the Langar tradition also how Baba Nanak started the Langar traiditon.Now I can surely say my friends whoever comes to me with a question why Langar?(mostly non-Punjabis come with this questions), I can redirect them to watch this movie.:)